If the walls of Kaiser Permanente’s soon-to-be-replaced Oakland Medical Center could talk, they would tell an epic story with many dramatic chapters.

The structure — cobbled together with many additions over seven decades — might channel the spirit of the Victorian-era nurses who tended to the sick and injured at the Fabiola charity hospital that sat near the corner of MacArthur Boulevard and Broadway from 1887 to 1932.

The first Kaiser Permanente Foundation Hospital, which opened in Oakland in 1942, might also reverberate with the heart-wrenching tales of injured World War II Kaiser Richmond shipyard workers whose lives were saved in a refurbished wing of the old Fabiola hospital.

For 40-plus years, the medical facility radiated with the passion of a wiry, red-headed, daring and dashing surgeon who teamed up with larger-then-life industrialist Henry J. Kaiser to set up an innovative, prepaid health plan, first for Kaiser’s workers and then for the public.

Physician founder Sidney Garfield’s ideas were incorporated into the design of the original Fabiola hospital refurbishing; in fact, over the next two decades he would play an integral role in designing most Kaiser Permanente facilities.

For his part, Henry Kaiser made sure the care Kaiser Permanente delivered was color-blind; the health plan embraced all people, despite the fact other hospitals in the Bay Area were segregated.

“. . . The police chief said to me, ‘You know, when we walked through, I saw that you had some Negroes and whites in the same room. I don't think we like that.’

“As I can recall, I responded, ‘Do you know this plan started that way, with Blacks and whites in the shipyards, and that's the way it goes. They worked together, and they were sick together.’ ” Yedidia told the police chief: ‘Those who don't like it shouldn't join the plan.’ ”

Phenomenal growth and change in 70 years

The seed Garfield and Kaiser planted in the war years has grown exponentially into Kaiser Permanente as we know it, with 9.3 million members and its significant presence in the national health care landscape of today.

Sidney Garfield, just 36 years old when he and Kaiser opened the hospital, had a vision for preventive care and total health for Health Plan members — a vision that played out in many ways in Oakland.

After the war ended in 1945, Dr. Garfield focused on improving the health plan’s quality by creating educational opportunities for physicians and nurses, encouraging research, and setting up ways members could learn how to stay healthy.

In 1947, Henry Kaiser and his wife, Beth, established the Kaiser Foundation School of Nursing and soon the halls of the medical center — expanded by then to 230 beds — were bustling with white-capped student nurses and their strict mentors, all clad in crisp white uniforms and sensible shoes.

Among their leaders was the legendary Dorothea Daniels, who set Kaiser Permanente's high nursing standards in the early years.

The Oakland Medical Center also witnessed the queuing up of burly, yet well-dressed longshoremen and other Health Plan members who followed the hospital’s version of the “yellow brick road”, a color-coded tape path that led them through the facility to stations where various tests were performed.

Initially called the “Multiphasic,” these screening tests marked the beginning of Kaiser Permanente’s pioneering work in automated laboratory testing and compilation of electronic medical records, and the Health Plan’s foray into the use of computers in the 1960s.

In 1965, the Oakland Medical Center opened its first specialized cardiac care unit with physicians and nurses trained to use the latest heart monitoring equipment to care for patients.

In 1970, physicians in Oakland began a progressive nurse practitioner certification program; specially trained nurses were assigned to see patients who needed routine primary care but didn’t need to see a physician unless a problem emerged.

In 1972, the 12-story hospital tower, which was built on top of the wartime structure, was opened. That extra space allowed Garfield to open Kaiser Permanente’s first Health Education Center, the precursor to today’s healthy living centers.

The Oakland patient education facility was stocked with books, pamphlets, films and tapes that patients could borrow to learn how to prevent and manage chronic illness.

Garfield separates the well from the sick

In 1981, Garfield was instrumental in the opening of a new primary care center, which was part of his mission to encourage members to take measures to stay healthy and avoid chronic disease, such as diabetes, heart problems and cancer.

Sadly, in 1984, Garfield died while still working on his "Total Health" research project. His colleagues finished his endeavor, whose results laid the foundation for the organization’s focus on Total Health that continues today.

The hospital tower that allowed Total Health to spread its wings in the 1970s was doomed in 1994 when the state of California passed seismic safety legislation that required a retrofit of the Oakland main hospital building.

Garfield’s Total Health philosophy can still be seen in ways great and small at the Oakland Medical Center, right down to a weekly farmers' market — founded in 2003 — that served as a template for 50 such markets that operate in communities across the nation today. As the historic structure is abandoned and its memories fade, the passion of its original architect will live on.

Garfield summed up his philosophy of Total Health: “Remember, good health is a way to get more out of your life — more energy, more enjoyment, more potential, more purpose, more life.”

Photo history of the Oakland hospital 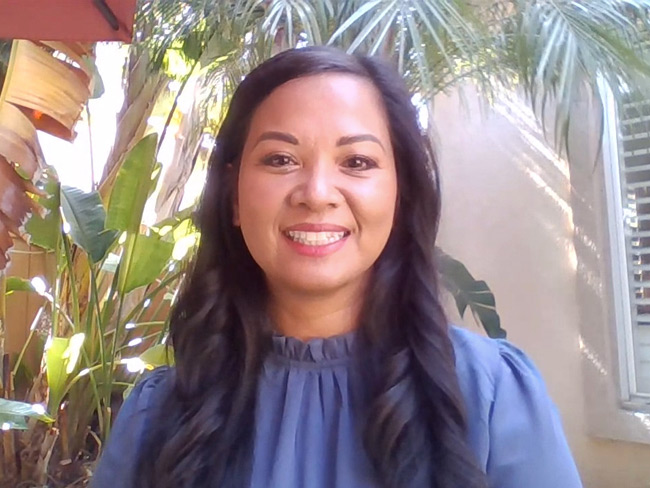