“Flying is a pleasure, even if it is for business!” For a man whose professional passions blurred with enjoying the fruits of one’s labor, this was Henry J. Kaiser’s dream of transportation in America as we entered peacetime after World War II.

During the war, Henry J. Kaiser was involved in a several military aviation manufacturing projects, and was briefly put in charge of the Brewster Aeronautical Corporation. Most of those projects went well, with the notable exception of the infamous “Spruce Goose.”

As early as 1942, Henry J. Kaiser proposed a massive fleet of giant cargo planes, figuring that they could have a better survival record than the Atlantic ship convoys were experiencing. Kaiser began a partnership with Howard Hughes and snagged a government contract. However, by early 1944 Kaiser withdrew from the project when nothing viable had been produced. Kaiser and Hughes parted ways, but Hughes doggedly persisted with his “Spruce Goose” monster airplane (it was actually made of birch plywood because of wartime restrictions on aluminum). It flew only once, on November 2, 1947, but was seen by the U.S. Senate as a boondoggle.

Henry J. Kaiser purchased a controlling interest in the aircraft manufacturer Fleetwings of Bristol, Penn., on March 29, 1943, as a division of Kaiser Cargo, Inc. During World War II, they developed the Model 23 Tandem and Model 33 trainers. They also designed the limited edition XBTK-1 torpedo bomber as a technical response to the need for smaller aircraft that could work well on compact aircraft carriers such as Kaiser's CVE escort carriers.

Fleetwings also produced a prototype XH-10 “Twirleybird” helicopter in 1945. Kaiser’s attraction to helicopters had been sparked earlier when he heard of Berkeley boy genius Stanley Hiller’s easy-to-fly gyrocopter; after Kaiser saw the young Hiller’s demonstrations, Hiller Aircraft became the Hiller-copter Division of Kaiser Cargo in 1944. However, the next year Hiller and Kaiser's partnership collapsed, at least partly because Kaiser refused to increase the Hiller-copter Division’s funding to levels required for full scale production.

But soon it was postwar civil, not military, aviation that fermented in Kaiser’s brain, and Henry J. Kaiser had grand plans.

As concerns air travel, people who supposedly know say we are still in the pioneering stage. They agree it may be some time before every manjack of us has his own private plane, but '"the age of the air," as Kaiser says, "has already begun...” Kaiser foresees mass production of airplanes — and most of it in the west — with sales running up to 100,000 a year.

Clay Bedford [Kaiser Richmond shipyard manager] declared in 1944: “Think of a string of airports dotting the state every 15 miles in two great networks, connecting with air highways across the nation—each field equipped with inns and motels, restaurants, service and repair stations, hangars and clubrooms.

No long afterwards, the Associated Press wrote a story on February 7, 1946:

Henry Kaiser disclosed today he is well on the way to becoming an airplane manufacturer. He saw his first model plane given its test flight at the Oakland airport. The plane, tentatively called the Kaiser-Hammond, is a twin-tail, pusher type, single-engine craft, with a 40-foot wingspread. It will carry 1200 pounds.

The plane had been originally designed and developed by Emeryville, Calif., aeronautical engineer Dean Hammond in the mid-1930s. In 1936, Hammond partnered with noted aircraft designer Lloyd Stearman and formed the Stearman-Hammond Aircraft Corporation to build the Stearman-Hammond Y-1. High costs hampered sales, and production was interrupted by World War II. One design oddity was that the aircraft had no rudder; the tailplane fins were adjustable but not during flight. Turning was achieved by differential operation of the aileron and elevator.

In another article on the Kaiser-Hammond, Henry J. Kaiser was quoted as saying: “This is an automobile. Not a plane – it steers like a car and rides like one.”

But in the mid-to late 1940s, Henry J. Kaiser was heavily involved in many other projects, including his Kaiser-Frazer automobile company. His aviation ventures began to lose altitude, but he wasn’t quite done yet.

A Fleetwings 51 airplane proposed around 1950 was his last stab at populating the skies. The all-metal plane would be powered by a 200-horsepower General Motors Model GM-250 radial engine.

By 1948, Fleetwings had been renamed Kaiser Metal Products, manufacturing a range of consumer products, including cabinets and dishwashers. However, Kaiser had kept the Fleetwings brand name alive for his civil aircraft projects.

A prototype brochure, “Fly with Fleetwings in a Kaiser-Craft,” sold the basic concept:

A preview or your personal plane, the Fleetwings 51… designed and built to serve your requirements for speed, comfort, safety, and economy, plus an entirely new concept in aviation — four passengers side-by-side.

Flying no longer requires the superman that it took to pilot the tricky craft of a few years ago. Aerodynamic advances have brought it within the reach of the average person. The Fleetwings 51 is a plane that any physically and mentally normal person can learn to fly.

In classic 1950s advertising prose that would humble Don Draper, the section “Flying is a pleasure, even if it is for business!” sold the dream:

Your personal plane will take you to the seashore or the mountains for weekends, quickly, without using up most of the time going and coming; pleasantly, without tiring hours of stopping and going, weaving in and out of traffic in a haze of exhaust smoke.

It will take you to the far-away places where the best fishing and hunting a replaces too far away to reach often by other means in the time most people have available. Equipped with pontoons, it will take you to Canadian lakes seldom or never fished before. It will take you over more of the United States than you have ever been able to tour. It will enable you to visit friends and

It will enable you to enjoy a summer change of scene when you can't get away from the office, by providing quick commutation.

Alas, the Fleetwings 51 never took off, and there’s no evidence that Kaiser sought to further develop civil aviation. During that period Henry J. Kaiser’s beloved wife Bess was suffering from poor health, and she passed away March 14, 1951. Henry soon married Bess’ nurse Alyce, and Henry became much more involved in the operations of the rapidly-expanding Kaiser Permanente health care program. 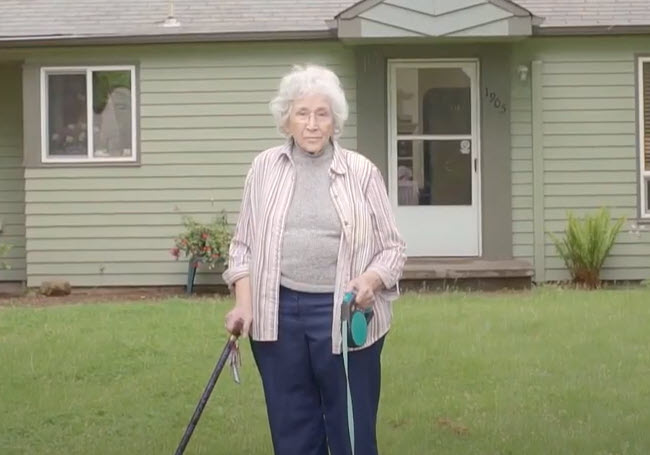