One of the innovations that emerged in the World War II Kaiser shipyards was the application of prefabrication on a massive scale. Unlike the way ships had been built for centuries, piece by piece from the keel on up, prefabrication used assembly line processes to dramatically speed up output. Ship parts — such as bow sections, double bottoms, deck houses — were built in separate facilities in the shipyard and brought together for final assembly on the launching ways.

It made sense on paper, but when dealing with massive hunks of steel that was easier said than done.

Before entering the ship building business, Henry J. Kaiser had recently finished building Grand Coulee Dam on the mighty Columbia River in Washington, a project made possible through the efficient flow of heavy materials. During the six years Grand Coulee was under construction, a new type of crane was developed to get the job done. It was called a “whirley crane,” a fast, readily moveable beast capable of handling large steel supports, pouring big batches of concrete, and positioning heavy dam conduits.

The whirley was invented by Clyde Wiley (president of the Clyde Iron Works, established in Duluth, Minnesota, in 1889) in the early 1920s. He designed it so that the boom and "A" frame would turn in a 360 degree circle — thus the “whirley.” Before Wiley's crane was developed, rolling bridge cranes and “hammerheads” had been used almost exclusively for building bridges, unloading ships and other heavy construction, but their function was limited.

When California's Kaiser Richmond yards were built, seven “Clyde” Grand Coulee whirleys were disassembled and shipped down from Washington. Yard Two had four of these former dam-builders; Yard Three had two, and Yard Four had one. As the yards expanded, other manufacturers — Colby Engineering, American Hoist and Derrick, Browning — also manufactured whirleys. Eventually Yard One had 17 whirleys; Yard Two, 23; Yard Three,19; and Yard Four, four.

The whirleys held bragging rights in the yards. Just as the giant container-ship cranes dominate today’s Port of Oakland skyline, the whirleys defined the wartime shipyards. The Kaiser Richmond shipyard magazine Fore'n'Aft, described their appeal in their January 8, 1943 issue:

Whirley crane work is the most spectacular in the shipyards and always is one of the things visitors find most fascinating to watch, especially when two cranes get together for a big double lift.

They had a 200-horsepower electric motor for the hoist cable and another 50 HP motor for swinging the boom, which allowed the whirley to lift as much as 60 tons. The control cabin was 90 feet in the air, and skilled operating engineers communicated with riggers on the ground by telephone.

As shipyard production processes evolved, some assemblies began to use two, three, and even four whirleys operating together. Sometimes this was simply because the object was too heavy for a single whirley, and sometimes it was to gracefully flip over a subassembly that had been built “upside down” to speed up welding. Whirleys also were used for dropping and removing the giant dry dock gates in Richmond Yard number 3. The continual drive to reduce the number of pre-assembled components depended on the efficiency of whirleys. For the Liberty christened the Robert E. Peary (produced in a record four days, fifteen hours, and twenty-nine minutes after laying the keel), shipyard workers were able to pre-assemble hundreds of parts into a total of 97 units that the whirley cranes lifted onto the way.

Whirleys were used to bring in major hull components such as the fore peak and the stern, as well as engines and boilers. Once the main deck was in place, the ship was ready for five deck houses. These were prefabricated in the Assembly Building (where a complete set was turned out nearly every other day) and transported to the erection ways by truck.

Here’s a description of the efficiencies achieved in the Swan Island (Portland, Ore.) shipyard, from The Bo's'n's Whistle 11/25/1943:

Swan Islanders have clipped another week per vessel off their high-speed tanker program by prefabricating forward cofferdams on jigs and then installing each entire section as a unit on the keel. The huge 82-ton section is built as nearly complete as possible at some distance from the ways. It is then lifted easily by two whirley cranes and dropped neatly on the keel in the ways.

The new [construction] method saves 784 man hours on each unit compared to the old method which consisted of erecting 13 separate sections plus eight tons of piping, all of which had to be fitted together piece by piece on the hull.

Other types of cranes filled different niches within the yard. Bridge cranes (or gantry cranes, which move back and forth on a track but cannot turn) were the tallest at 84 feet high and rated at lifting 100 tons. A special hammerhead crane used two “arms” to sort and feed raw steel in the plate shop. Locomotive cranes were used in the steel storage yard. Other cranes performed mobile duties on caterpillar-tractor bases or on trucks.

Whirleys were even depicted as anthropomorphic characters in the shipyard magazines. Emmy Lou Packard featured a drug-addled whirley as part of a Nazi sabotage plot in the cartoon strip “Supermac” as well as an emotionally wrought character in the single-frame cartoon “Shirley the Whirley.”

It’s the last remnant of a mighty breed that ruled the yards during World War II. Crane CW-3204 was a Clyde Iron Works machine, built in 1935 and shipped down from Grand Coulee to Richmond in August, 1941. After the war the crane was purchased by the nearby Parr-Richmond Terminal and used until 1998; a companion crane is still in use by that company (now known as the Levin-Richmond Terminal Corporation). In 2005 the crane was donated to the City of Richmond for use in the Rosie the Riveter Park. The City of Richmond, the Rosie the Riveter Trust, and numerous local businesses and organizations raised funds to move and install it at shipyard #3.

As of March 2017 a webcam monitors an osprey nest at the top of the crane at right!

Henry J. Kaiser and his construction industries sought to create a safe … 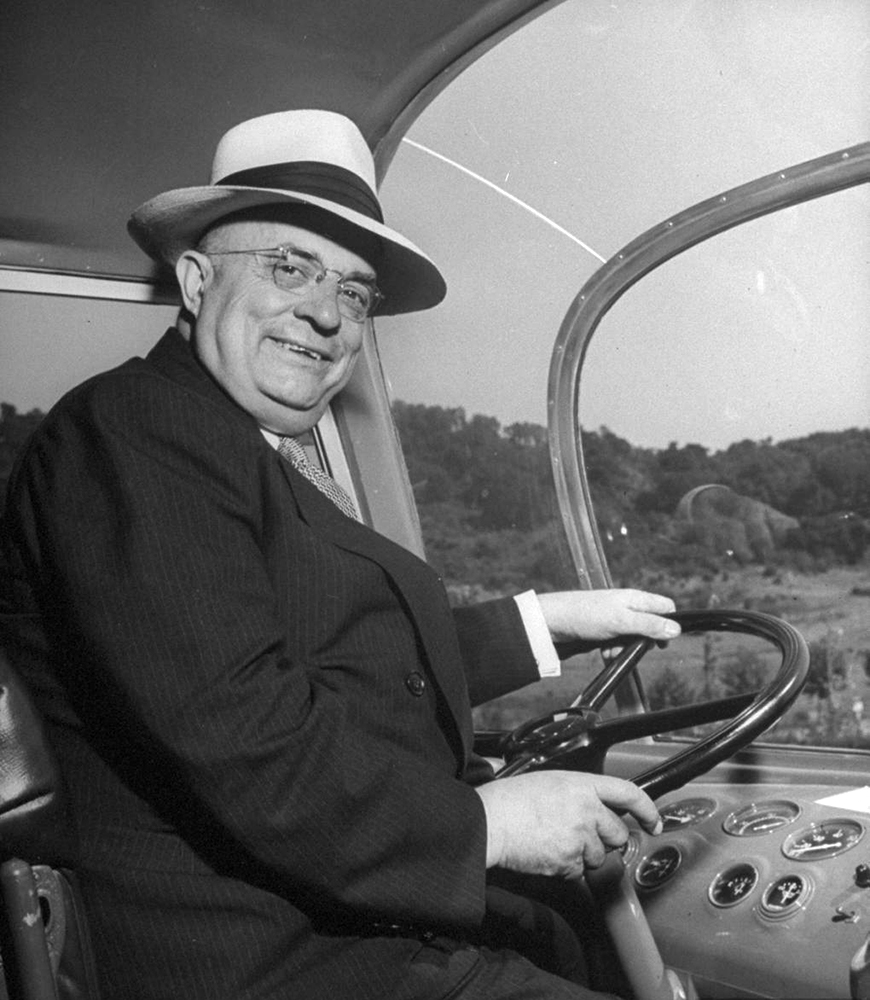