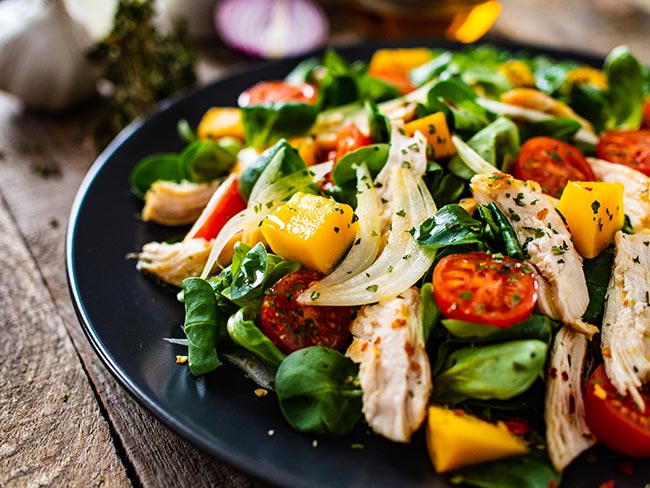 I've been known to go to extremes (for me) to find ideas for recipes. I actually watched the Martha Stewart cooking show, but only because my very favorite female vocalist of all time was the guest cook in Martha's kitchen.

I didn't end up using Aretha Franklin's recipe, but she has her own wonderful way of telling you it‘s quick and easy to cook, "This is for women (and men) who have to work, and who are busy, and who just really don't have time, but just want to get down." Probably the biggest barrier to cooking at home is the perceived or real lack of time.

Home-cooked food is tastier, cheaper and healthier than most prepared foods. A family of four could probably save a couple of thousand dollars a year by cooking at home a few more nights per week rather than buying prepared foods or eating out.

Maybe you can try this.

Make enough dressing for three or four salads. Buy mixed lettuce greens at your farmers' market. At four dollars per pound, it's cheaper and better than what you can find at a grocery store and a pound of lettuce leaves is enough for many salads.

Serve and enjoy knowing that maybe you froze some chicken for another busy night, you already have the dressing made and that mixed lettuce greens are always waiting for you at the farmers' market near you.