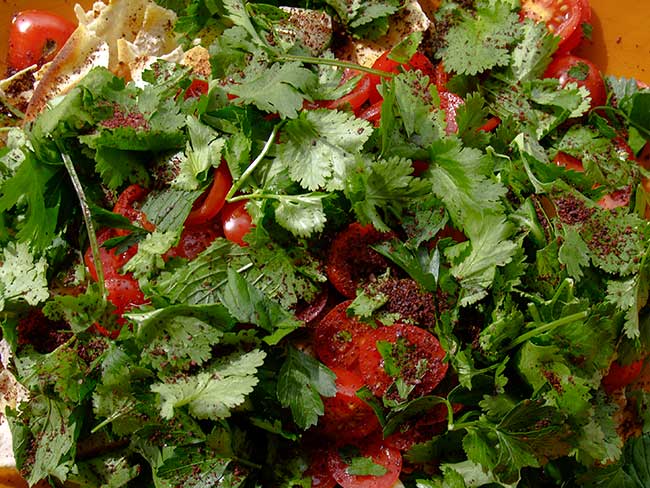 Ani Torayan has a catering business serving the San Francisco Bay Area. She submitted her recipe for fattoush — a Middle Eastern bread salad with its distinctive taste influenced by sumac.

I have used sumac only a few times before — once was in lentil soup with Swiss chard. Sumac has a tangy, lemony taste and is a great addition.

This recipe came to me without any specific amounts of ingredients so I just tried it using enough of one ingredient or another until it looked right. You can do the same.