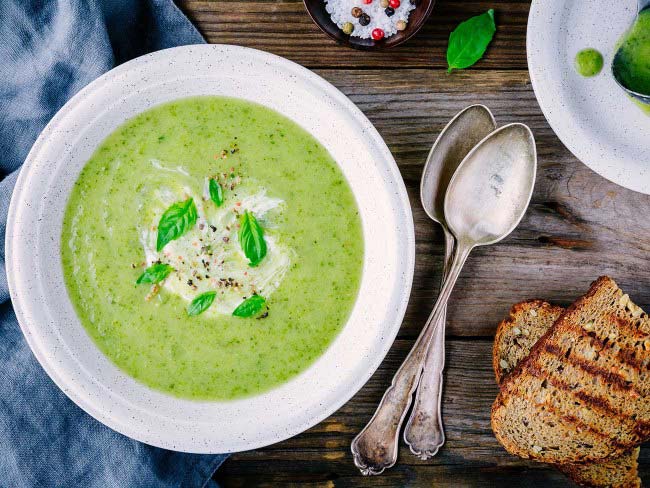 For more than 60 years, very clear fundamental principles have directed Kaiser Permanente health care. Dr. Sidney Garfield created the concept of prepaid medical care for workers. Under this model, it made much more sense to help people stay healthy rather than to treat them when they were sick. Prevention is the best medicine.

At Kaiser Permanente, we focus on prevention in all we do. Here's an important safety tip to use when cooking this week's recipe that can prevent kitchen accidents. Have you ever puréed a hot liquid in your blender and had the lid blow off? It can happen because the steam released can build up pressure inside your blender if the lid is on tightly. Most lids have a removable central portion.

When puréeing this hot soup, remove the central portion of the lid and cover it with a folded kitchen towel. This allows the steam to escape and the soup to stay in the blender instead of spewing all over you and the counter. The handheld immersion blenders work well for many soups, but a regular blender is needed to make this asparagus soup silky smooth.

A co-worker told me that the roasted asparagus with feta recipe was so good she ate it ten days in a row. This asparagus soup was good enough to eat more than once, but it only lasted two days.

I found a recipe from a 15-year old food magazine on the internet and "skinnied" it down. The original uses butter and sour cream. Nonfat sour cream and olive oil work just fine and greatly reduce the amount of fat in the soup.

This recipe makes enough for 6 servings, each with a maximum of 7 grams fat and only 1 gram saturated fat. Remember that saturated fat levels in a 2000 calorie diet can be up to 10% of calories or about 20 grams saturated fat per day.