This Saturday, October 13, Kaiser Permanente will celebrate its beginnings as the workers’ medical care plan in the World War II Kaiser West Coast Shipyards. We’ll gather with thousands of Bay Area residents, many living in Richmond, to reminisce about the days when Richmond hosted Henry J. Kaiser’s monumental shipbuilding operation.

The small waterfront city was transformed during the war by the arrival of thousands of people from around the country who came to work in the shipyards.  Transplanted workers from the South, the Mid-West and the Northeast brought their faith, their lifestyles, and their music and art to the Bay Area. Their contributions changed the demographics and cultural landscape remarkably.

The sixth annual Richmond Home Front Festival by the Bay showcases the rich culture of Bay Area life that is largely the legacy of World War II. The festival takes place at several sites on and near the former Kaiser Shipyards. The main events will be in the Craneway Pavilion, the former Ford Assembly Plant and wartime tank and jeep depot at the south end of Harbour Way (1414 South Harbour Way).

New this year is the amazing and beautiful National Park Service Visitors Education Center, which has historical exhibits and films that tell the story of Richmond and the home front. The center, operated by the Rosie the Riveter national park staff, is the renovated and remodeled brick oil house where the fuel to power the nearby vehicle assembly plant was stored. Tours of the center are free.

Also new this year is a chance to take a free tour of the USS Potomac, the rescued and restored presidential yacht of wartime President Franklin Delano Roosevelt (FDR).  The yacht, model AG-25, served as the U.S. Coast Guard Electra until 1936 when Roosevelt claimed it as his “Floating White House.” The yacht is permanently docked at Jack London Square in Oakland, California. Festival-goers can take a free 1940s shuttle bus ride from the Craneway to the dock of the former Shipyard 3, which is off Canal Boulevard, to see the Potomac.

The SS Red Oak Victory, operated by the Richmond Museum of History and also docked at Shipyard 3, will be open for tours. The Red Oak, one of the ships built in Kaiser’s Richmond Shipyards, has been restored by the museum and is often the site of film showings and other events. World War II memorabilia and books are available for purchase in the museum gift shop.

The night before the festival, Friday, October 12, Lena Horne will be honored in a 1940s USO dance featuring Junius Courtney’s Big Band. The dance will be from 7 to 10 p.m. in the Craneway Pavilion, 1414 South Harbour Way, Richmond. Admission is $20 per person in advance, $25 at the door. Advance tickets available until 5 p.m. Thursday.

Other festival events include: Duck (Amphibious Truck) Tours of Marina Bay to view the historic shipyards, the YMCA Home Front 5K & 10K Fun Run beginning at 9 a.m., kids rides, music, a karaoke stage, and lots of food and beverages to purchase.  The festival begins at 11 a.m. and closes at 5 p.m.

KP will celebrate Richmond again at 4 p.m. on Tuesday, Oct. 16, when we dedicate our addition to Macdonald Avenue art and cultural displays. KP Richmond Medical Center has created an outdoor public art display that features shipyard workers of World War II and honors today’s Richmond citizens. The art installation is on Macdonald Avenue at Eighth Street.

Kaiser Permanente has actively hired veterans in all capacities since World … 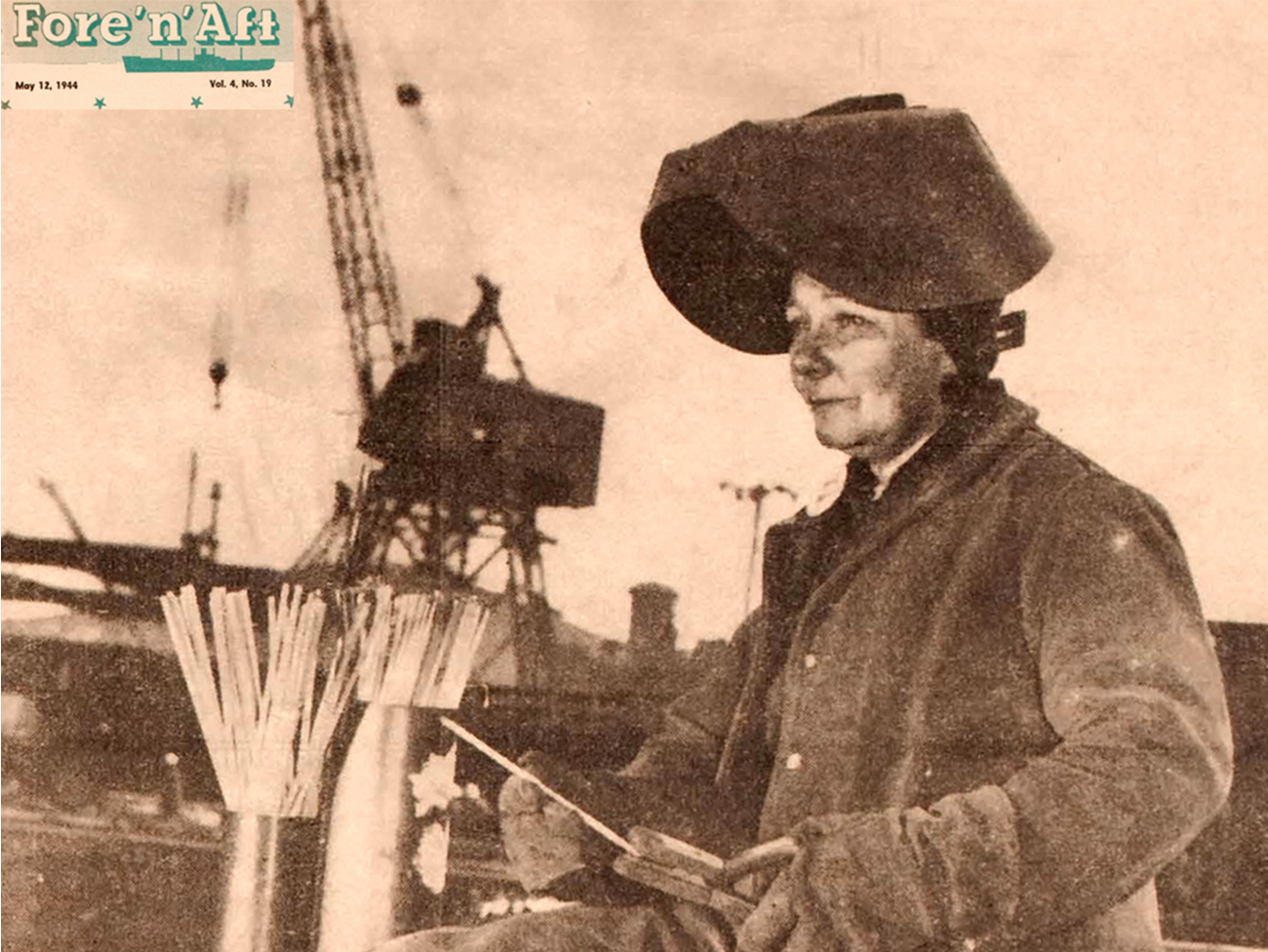 Wasting nothing: Recycling then and now