The stomp of little feet can again be heard in the halls of the former Maritime Child Development Center in the World War II Home Front city of Richmond, California. After a $9 million restoration project, the hammers have stopped and the children again populate the school whose walls housed a progressive child care program for the pint-sized offspring of Kaiser Shipyard workers.

The two-story, 1943-built school is located at Florida Street and Harbour Way, a short distance from the former shipyard sites. Richmond College Prep Schools serve families in the Santa Fe and Coronado neighborhoods in the Iron Triangle, an area including Central Richmond known for its high rate of crime.

As a joint venture among Richmond Community Foundation, the Rosie the Riveter national park, and the fundraising Rosie the Riveter Trust, the center also features a museum memorializing the original character of the center. The National Park Service staff has gathered and preserved child-sized tables and chairs, art easels, wooden toys and other artifacts from the World War II Richmond child care centers to re-create an authentic classroom environment.

The interpretive exhibits honor the female shipyard worker — the iconic Rosie the Riveter — and her male counterparts whose efforts contributed vastly to the war effort.  The exhibits will also address California’s role in World War II and its impact on civil rights, health care, child care and labor. The park service will offer public tours of the museum beginning this fall.

Renovation project not that smooth

The $9 million restoration of the historic Maritime Child Development Center was funded with federal grants and donations through the Rosie the Riveter Trust and with contributions from the city of Richmond and the West Contra Costa County school district. Rehabilitation, including the use of green techniques to preserve the building’s historic designation, began in the spring of 2010 and was expected to be completed in the spring of 2011.

Unfortunately, the almost 70-year-old building offered unexpected problems. The 17,000-square-foot center was described in 2004 as: “Threatened and endangered, vacant and abandoned, with water damage, not seismically safe, with mold, asbestos and lead-based paint to remove, and not compliant with the American with Disabilities Act.” Add to these problems rain delays and utilities issues and it is no wonder the completion was delayed.

At stake was one of the first federally built child service centers to be funded by the U.S. Maritime Commission. The center was established at the behest of industrialist Henry J. Kaiser who ran the four Richmond Shipyards. The workers in Kaiser’s West Coast shipyards in Richmond, California, and Portland, Oregon, set records for building war ships faster than any other yards. Richmond workers completed 747 Liberty and Victory ships during the wartime emergency.

To keep up the pace, Kaiser needed every worker he could get, including women and men of all ages and abilities. For the first time in history, women were performing industrial jobs formerly only done by men. That meant someone needed to take care of the children of the workers, many who had migrated away from their extended families in other regions of the U.S.

Henry Kaiser was not happy with mediocre care for the children. So he hired child care experts from UC Berkeley and elsewhere to develop an educational program and nurturing care program, including medical care, for the children. He funded the centers with federal Lanham Act money allocated for community services for war industry boom towns, such as Richmond, which had grown from a sleepy town of 23,000 people to more than 100,000.

The centers were designed with the advice of Catherine Landreth, a child development expert at UC Berkeley. Landreth recommended indoor and outdoor space for children to get plenty of fresh air and exercise. Music and art were incorporated into the educational program. Children who attended preschool at the Kaiser centers enjoyed warm meals, warm beds and plenty of attention throughout the day. Parents could leave their children while they worked any shift at the shipyards, and hot meals could be purchased at the center and taken home for the family.

When the war ended in 1945, federal funds were withdrawn for child care, and most centers across the country closed. In Richmond, however, the parents pleaded with the school district to keep the about 30 Richmond centers open. In the end, the state of California and the local school district funded the centers for many years after the war. The Maritime center and the Ruth Powers Child Development Center nearby on Cutting Boulevard are the only two remaining World War II child care facilities in Richmond. They continued to operate until 2004 with funding from the state of California Department of Education.

Richmond College Prep Schools, run by a private corporation called Richmond Elementary Schools, Inc., continues the tradition of progressive early childhood education at the site. “(Our) educational philosophy is centered on preparing students, beginning at four years of age, to succeed academically and emotionally in a college educational environment. This philosophy requires nurturing the expectations of academic success in families as well as students,” according to the school’s web site.

The Maritime center renovation is part of the Nystrom Urban Re Vitalization Effort (NURVE) that includes the Nystrom School modernization and a new athletic field for the Martin Luther King, Jr. Park. Both projects are around the corner from the Maritime building on Harbour Way. 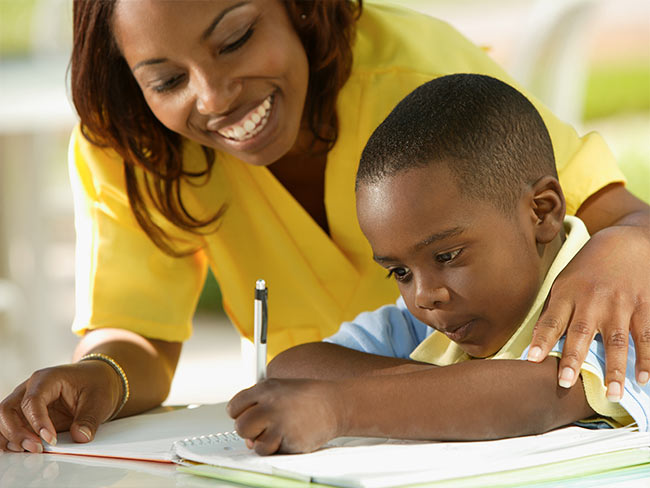