When the new Kaiser Foundation Hospital in Los Angeles on Sunset Boulevard opened its doors on June 17, 1953, it was national news.

It wasn’t a movie premiere, but a modern, gleaming building with the latest in medical capabilities that brought out the who’s who of Los Angeles — real estate developers, hospital administrators, labor leaders, and politicians in late 1951.

When the new Kaiser Foundation Hospital in Los Angeles on Sunset Boulevard opened its doors on June 17, 1953, it was national news. It had numerous modern features, and was a milestone in the health plan’s expansion in Southern California. Years before he became a famous TV news anchor, Chet Huntley’s radio broadcast about the opening gushed “The use of labor-saving devices, the use of light (both natural and artificial), the furnishings, the gadgets, the décor, and the personnel are all combined to make the new Kaiser Foundation Hospital something special.”

A recently processed trove of photographs of the hospital’s 1951 groundbreaking, with extended captions and a press release, shows us more about the political and urban environmental climate of Los Angeles at that time.

The corner of Sunset Boulevard and Edgemont Street certainly looks different now. Back then, it was surrounded by small two-story buildings and adjacent to the forested Barnsdall Park on Olive Hill. The Park was the former estate of Aline Barnsdall, who donated it to the city of Los Angeles and hired noted architect Frank Lloyd Wright in 1917 to design an extensive complex of structures. It was never completed, but the site still exists as a cultural and arts center.

The commitment to building a new hospital was a major event that included the participation of Los Angeles heavy hitters - real estate developers, hospital administrators, labor leaders, and politicians.

The press release accompanying captioned photos of the ceremonial groundbreaking November 7, 1951, told us the key facts:

City officials and heads of other hospitals in Los Angeles extended their welcome to the Permanente Foundation's new $2,500,000 hospital at ground-breaking ceremonies Wednesday afternoon, November 7, on the northeast corner of Sunset Boulevard and Edgemont Street.

Adjacent to Barnsdall Park, historic landmark of the city, the new hospital will consist of a seven-story building with 210 beds and complete surgical, obstetrical, laboratory, x-ray, pharmaceutical and emergency facilities.

The Permanente Foundation Hospital, designed by the Portland architectural firm of Wolff and Phillips, is slated for completion by Fall of 1952. C. L. Peck of Los Angeles is the general contractor. 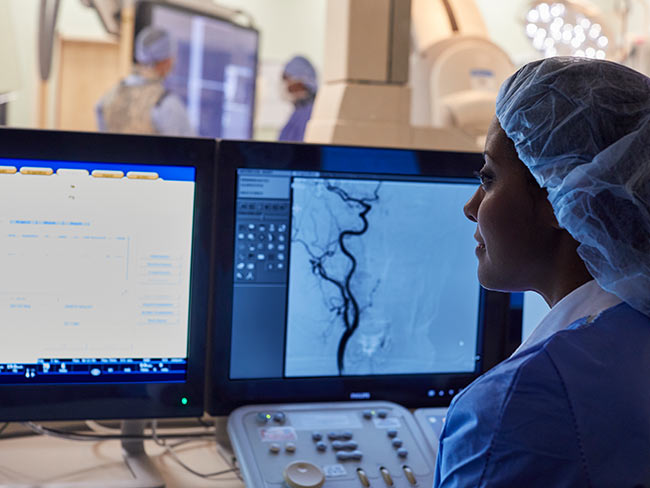 Ranked among the best by Newsweek