Most of us who grew up in the Bay Area were affected in some fashion by Henry J. Kaiser’s legacy: our parents or grandparents came here to work in his wartime shipyards, or we were influenced by the growth and change the massive migration brought. Untold numbers of us received medical care in the health plan that bloomed in the wake of it all.

Oakland Kaiser Permanente medical-surgical nurse and artist Tina Amidon is a product of the Bay Area and draws inspiration for her art from its diverse and dynamic culture and history. Her childhood in North Berkeley was influenced by artistic and outdoors-loving parents. That influence drew her to a nursing career that allowed her the freedom to pursue those pleasures while nurturing the resilience and intuitive powers she uses to create her art.

Recently she found herself immersed in a particular aspect of Richmond history that ties back to Henry Kaiser’s shipyards and Bay Area culture.

Her years of working in mosaics, producing large sculptural installations, culminated in October with the public unveiling of a commission for the Richmond Museum of History. From ceramic shards she collected along the shoreline that had been dumped by TEPCO, an El Cerrito dinnerware factory, she built a large diner coffee cup as a tribute to the East Bay’s working-class tradition.

Fashioned as a love seat, the cup replicates one of the many styles produced by TEPCO in one of its more popular colors, Sunglow. Along with dozens of broken bits from cups and plates used at various eateries and clubs, the chair features photos of TEPCO workers at the old plant, framed by snaps from discarded pottery molds Amidon also found on the shore; and dinner plates from the Red Oak Victory, the Kaiser-built ship converted to a museum and docked at the former Richmond Shipyard No. 3.

To Amidon, it forms a quilted narrative of the city, the shipyards and the lives of workers who enjoyed their time off in “the local restaurants and cafes where they spent their hard-earned money after work,” she said.

“This piece honors the men and women who not only worked at the TEPCO factory but built the ships and got their health care at Kaiser Permanente… They sipped their coffee at diners all over the Bay Area and at places like Trader Vic’s and Tad’s Steakhouse.”

And so did the rest of us who were around in the past five decades.

Sandi Genser-Maack and husband Lynn Maack, of Richmond, are TEPCO china collectors and can cite more spots that used Tepco: Mel’s Drive-In, Doggy Diner, Rod’s Hickory Pit, the old Villa De La Paix in Oakland; the Milk Farm on I-80 near Dixon, The Broiler in Sacramento, the Lau Yee Chee Restaurant in Honolulu, Louie’s Club in El Cerrito and the Cerrito City Club. Mama’s Royal Café in Albany still does and there are probably others.

Hundreds of commercial and fraternal establishments ordered dishes with customized logos in a selection of TEPCO colors and designs. The old West was a major theme for many eating places in the mid-20 th century and the U.S. Navy was a big customer, according to Genser-Maack. During World War II, she said, “all the Liberty and Victory ships that went to sea left with TEPCO.”

The Technical Porcelain and China Ware Co. — TEPCO’s official name — was founded by Italian immigrant John Pagliero and run by the family from 1918 to 1967. It was the largest dinnerware factory in the West and El Cerrito’s largest business to date.

Throughout the years, imperfect pieces were unceremoniously dumped, like much garbage at the time, along the bay shoreline where Amidon discovered them a decade ago while walking her dog near Point Isabel. It became her favorite collection spot for mosaic pieces, but it wasn’t until she attended a 2007 exhibition of the Maack collection that she saw her first intact TEPCO plate. She was surprised when she learned about the factory and its place in local history.

“I was able to piece together the whole story,” she said. Literally.

Fascinated by how cast-off items can create a narrative, Amidon says everything she creates tells some sort of story. A 2008 piece, “Allegorical Reliquary,” is a 12-foot-high, 8-by-10 foot roofless room that resembles an abandoned Irish chapel. It resides at Annie’s Annuals in Richmond where customers can amble through it as they shop for flower seedlings. The interior, which has water flowing down the walls inspired by the weeping walls of Zion National Park, features a lively pictorial of mosaics from found objects to tell simply of the joys and struggle of everyday life.

During her 22 years as a Kaiser Permanente nurse, Amidon has spent a lot of time listening, and what she’s heard has provided the fodder for the metaphorical tales told in her pieces. Currently she works part time in both Peri-op, giving pre-surgery patients vital instructions, and in the Ambulatory Surgery Unit, where she preps them on the day they arrive for the operation.

“There are all these stories you encounter as a health care person,” she said. “We see a lot of life that other people don’t see.”

Amidon grew up going to art fairs with her mother, a rakú clay artist, and spending a lot of time outdoors (her father was an economist for the U.S. Forest Service). “I would make little clay animals and sell them and that’s how I earned my play money. My mom worked very hard to prepare for all the fairs and I got an early look at the art life.”

In Berkeley High School, she started respiratory therapy training but later realized becoming a nurse would give her both a living and the autonomy to travel for the art education she sought. Over the years the quest for art knowledge has taken her to international museums and sights that inspire her imagery. Before focusing on mosaics in the early 1990s, Amidon worked on drawings and watercolors, lithographs, photography and making floor cloths.

“I have tons of ideas. I take classes and figure out how to do things. That how my art always is. I just do it,” she says.

Amidon also relies on the expertise and support of her husband Jim, a mechanical technician at Lawrence Berkeley Laboratory. Married almost 30 years, the couple traveled around the world some 20 years ago and continue to travel, camp, and explore the outdoors. They are known for their travelogue slide presentations given at REI in Berkeley over the years.

Amidon’s first show in 1995 featured wall pieces made from broken china, called “Grandma’s Dishes.” She has since created larger work and has exhibited nationally. The TEPCO chair has been accepted into the Mosaic Arts International 2012, a juried show of the Society of American Mosaic Artists in Kentucky.

Her 2005 sculpture “Passion,” a stylized chair with a heart-shaped back, depicts all forms of strong feeling and is on view at the Stained Glass Garden on Fourth Street in Berkeley. Two wall pieces: “Don’t Smoke in the Garden,” an ashtray the shape of a flower, and “Live Long and Prosper,” a couple sitting inside a hand imitating the split hand sign from Star Trek, are at Snapshot Mosaics on LaSalle Avenue in Oakland.

Bringing art to the people

Not satisfied merely with creating art, Amidon said she is “always trying to draw an audience” and wants to involve more people, particularly the youth in Richmond, where she lives. Amidon enlisted the help of modern dance teacher Jacqueline Burgess and her class at El Cerrito High to choreograph performances that were big hits at both the unveilings of her reliquary (a container for relics) piece and the TEPCO chair.

With Arty Cordisco, the owner of Douglas and Sturgess, an art supply store in Richmond, she is working on a community art space and sculpture garden. Her goal is to pull the large numbers of artists who live in Richmond into a “Bohemian art network” of like-minded folks who can help energize the creative spirit in town.

Amidon encourages everyone to visit her coffee cup in the courtyard of the charming and informative Richmond Museum of History at 400 Nevin Ave. just down the street from the Kaiser Permanente Richmond Medical Center.

Medical Center employees and patients really have no excuse not to pay a visit, she says. Housed in the former Carnegie Library, the museum “is a gorgeous building in itself. You can see the history of Richmond from the native American Indians all the way to farm lands to the Kaiser shipyards,” she said.

“You just go out the back door (of the medical center). It’s two blocks…there’s a park. It’s a great place to bring your bag lunch and have a picnic. You can have your sandwich in my chair. I don’t care.” 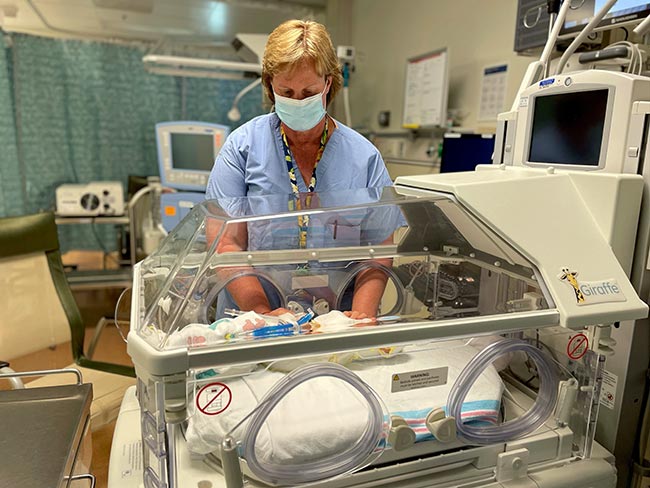 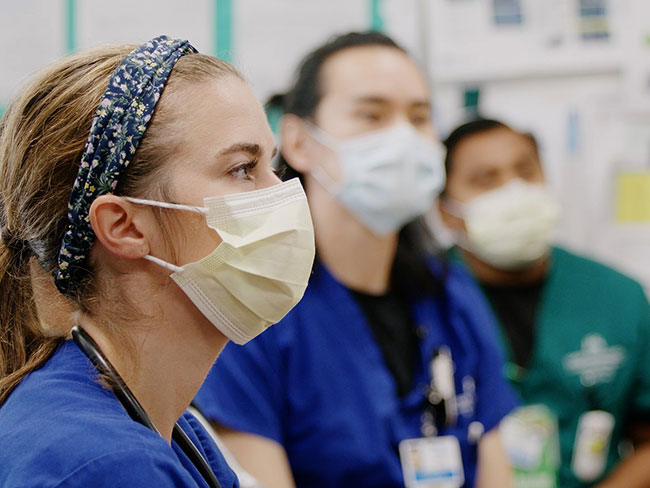 Nurses at 2 Kaiser Permanente hospitals in Southern California commit to …