Injured on the job! The history of Kaiser Workers’ Compensation care

Part one of a two-part series

Unless one has the unfortunate experience of being injured on the job, one is usually unaware of a parallel health care system — the medical treatment provided as a benefit through the Workers’ Compensation Insurance system.

Regular health issues (diseases or injuries suffered while not at work) are handled through fee-for-service doctors or their insurance/health plan counterparts. But if something bad happens on the job, another set of rules apply. Employers are legally required to provide benefits to employees, including medical coverage, and treatment for these injuries is carried out by a separate system of insurance or self-insurance. Care is usually delivered by physicians specializing in Occupational Medicine.

Early in the 20th century industrial injuries were rising, organized labor was becoming more powerful, and legislation was sought to mitigate the medical and legal consequences of on-the-job accidents. California's first workers' compensation law was the voluntary Compensation Act in 1911, followed by the Workers' Compensation, Insurance and Safety Act of 1913 (the Boynton Act). For the first time, employers were required to provide benefits for all employees injured on the job. The employers benefited from expanded limitations on their legal liability. The Act also established a competitive state insurance fund, and it remains the foundation for workers' compensation in California today.

When Kaiser Permanente founding physician Dr. Sidney Garfield (along with partner Dr. Gene Morris) first set up his 12-bed Contractors General Hospital way out in the Mojave Desert in 1933, he wasn’t trying to revolutionize health care practice in America. He was simply a young doctor taking on a reasonably safe business opportunity, serving the medical needs of some of the 5,000 men working on the Colorado River Aqueduct Project who were insured through workers’ compensation.

Dr. Garfield soon found his practice foundering because the workers’ compensation insurance companies handling industrial injuries were sending the most serious — and most profitable — cases to favored Los Angeles hospitals. They also challenged many charges as unnecessary and were often late in paying. In addition, the remote setting of the work camps meant that these hospitals were the only place the workers could be treated for non-industrial diseases — something for which they could rarely afford to pay full fee.

Industrial Indemnity Exchange (which was one-third owned by Henry J. Kaiser) was the largest insurance company affiliated with the aqueduct project, and underwriter Harold Hatch offered a creative and mutually beneficial solution. In exchange for half of the 25 percent insurance premium that Industrial would have paid out for treatment, Industrial would pay that up front to Garfield and he’d promise to provide the requisite industrial care.

Garfield figured out that he could get the workers to also prepay a small, affordable amount (five cents a day), and he’d extend his services to cover comprehensive medical care. [i] 60 percent of Garfield’s income would eventually come from payroll deduction, 40 percent from workers’ compensation. The plan worked very well, and became one of the cornerstones of the Kaiser Permanente model.

This unusual integration of industrial and non-industrial medical care under one roof continued when Garfield directly partnered with Kaiser and operated the hospital at Grand Coulee Dam (1938-1941) and later at the seven West coast shipyards and one steel mill (Fontana) during World War II employing almost 200,000 workers.

Health care posed a significant challenge in operating the yards; because most of the able-bodied healthy men (the typical demographic for this industry) were serving in the military, those available for homefront needed job training and medical care. [ii] The option of affordable comprehensive health care was extremely attractive to the new workforce, and demand outstripped availability. Permanente Health Plan organizers struggled to add enough staff and facilities to handle new members.

Despite the superficial appearance to the end user that it was a single health plan, under the hood it still involved the bureaucracy and bookkeeping of two separate entities. The Health Plan Manual for the staff of Sidney R. Garfield, M.D., (circa 1942) clearly stated:

Q. If a member is hurt while working on the job is he covered under the Health Plan?

A. No. The Health Plan does not cover Industrial accidents. These are covered under Workman's Compensation.

Q. What is meant by Workman's Compensation and how are we connected with it?

A. Under the Workman's Compensation Act of California, most employers are required to provide medical and hospital care as well as weekly compensation to employees injured while working. The shipyards contracted with private insurance companies to provide and administer these benefits to the employees. We in turn made arrangements with the insurance companies to provide the medical and hospital services for a certain fee.

The combined health plans proved to be a powerful medical and economic engine. In August of 1943, A.B. Ordway, Vice President of the Richmond Shipyards, sent a report to B.K. Ogden, Director of the Division of Insurance, United States Maritime Commission, in Washington, D.C. He observed:

The shipyard management further realized that the type of medical and hospital care necessary to secure and maintain the best morale and productive results for shipbuilding could not be made available from the possible income that could be derived from industrial cases only.

Therefore, early in 1941 a plan was devised for offering to the employees of the above yards a Medical Health Plan at a fixed price per week. The possible income that could be secured through an Industrial medical plan and a medical Health plan was of sufficient size to justify expenditures of large amounts of money for buildings and equipment and to better enable the holder of the medical contracts to secure the large staff of doctors and nurses needed to adequately provide the best medical and surgical attention possible.

In terms of running a huge industrial network, the advantages of a healthy workforce were obvious and quantifiable. Henry J. Kaiser himself noted:

In 1943, the average male industrial worker lost 11.4 days and the average female industrial worker 13.3 days of work due to sickness and injury. By far the greater proportion of this loss — 80 percent in men and 90 percent in women — was believed to be due to common ailments. This means that in the U.S. today there is a loss of more than 600,000 man-days annually. This is 47 times the amount of time lost through strikes and lock-outs of all kinds during 1943.[iii]

Kaiser used the above argument — and his successful experience with running industrial medical care programs — as the basis for a bold proposal for a nationwide pre-paid medical plan as the war waned in 1945. Dr. Paul Cadman, in an addendum to the proposal, laid out the premise:

The Health Insurance Plan follows the general pattern of the Workman’s Compensation Law, a law which has been in effect for over thirty years and has been found to be practical and workable.

[i] A slightly different percentage is described by Rickey Hendricks in A Model for National Health Care: “Since Garfield was losing money yet providing needed services and model facilities, Hatch proposed that Industrial Indemnity prepay Garfield 17.5 percent of premiums, or $1.50 per worker per month, to treat industrial injuries.”

[ii] “…In 1944, with the [shipbuilding] program in full swing, it was rare to find a yard of five thousand employees or more who could boast of more than 5 per cent of workers with previous experience in shipbuilding.” “Health and Safety in Contract Shipyards During the War,” by Philip Drinker, Ch.E., in Occupational Medicine, April, 1947.

[iii] “Proposal for a Nation-Wide Pre-Paid Medical Plan Based on Experience of the Permanente Foundation Hospitals” Henry J. Kaiser, March 3, 1945.

Dr. Sidney Garfield on medical care as a right 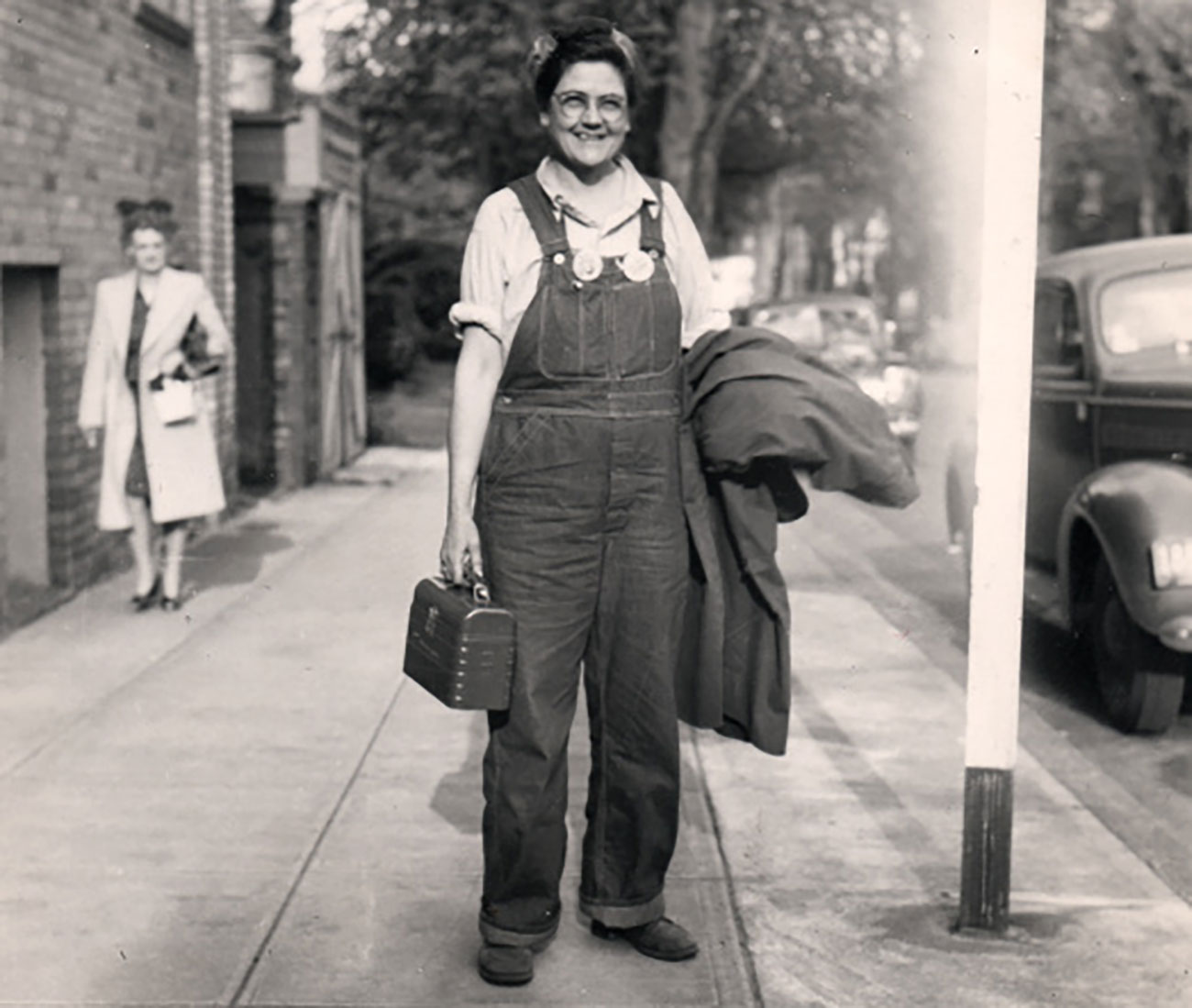