One of Henry J. Kaiser’s effective approaches to industrial productivity was his encouragement of nonpunitive competition. He believed that people perform their best when tested against peers, and the evidence suggests that he was right.

While building Grand Coulee Dam on the mighty Columbia River during the Great Depression, Kaiser divided the project into two parts.

Two work teams were pitted against each other to see who could finish first and most efficiently in constructing their part of “the largest block of concrete in North America.”

The workers in the seven Kaiser World War II West Coast shipyards saw competition of all kinds as a standard feature. One account of the time described the jockeying:

“Yards were set to competing with one another, and scoreboards showing competitors pulling away in ship deliveries had the effect on output per man-hour of a shot of Benzedrine.

A graveyard-shift crew bet that it could lay a keel faster than its swing-shift competitor and, to win a kitty of $600, reduced the operation from hours to minutes.

“Welders bet burners pints of blood for the Red Cross that they could do it better. But the chief prize was the right to christen a ship. Proudest launcher was an aged Chinese woman, who christened her ship in Chinese and cherished the same silver tray souvenir accorded such sponsors as Mrs. Eleanor Roosevelt.” [i]

The Kaiser shipyard newsletters — Fore ‘n’ Aft in Richmond, and Bos’n’s Whistle in the Northwest — actively documented and promoted news of these competitive challenges. The rewards were often in the form of War Bonds, reinforcing the social good and patriotic nature of the goal.

Since Kaiser’s approach to building ships — like products in an assembly line — was new and evolving, there was a legitimate need for innovation and shop-floor creativity. Workers were always coming up with — and rewarded for — more effective and efficient approaches to their jobs. And, as at Grand Coulee Dam, crews and yards competed for top honors and bragging rights.

One scholar suggests that this was a phenomenon of “athletic industrialism” that fused the two chief domains of competition in America: capitalism and sports.[ii]

“. . . Athletic industrialism did not merely rally workers, exploit them in a grand speed-up, or turn work into a game of outwitting management.

“Rather, athletic industrialism focused workers on the overarching goal of maximum output and offered an array of means to that end: attempts to set shipbuilding-speed records, Maritime Commission programs to laud the most productive shipyards, output contests for welders and other craft workers, campaigns to elicit labor-process improvements from workers.

Striving for excellence in 2014

Today’s health care worksite may not be the war-driven frenzy of the Kaiser shipyards, but it nonetheless relies on worker wisdom to serve Kaiser Permanente members. The Kaiser Permanente Labor Management Partnership’s unit-based teams continue the tradition of healthy competition to achieve results.

Here are but two examples:

An industrial kitchen can be a danger zone, with its sharp knives, wet floors, grease and hot temperatures. It’s a challenge to be safe and efficient, but between July 2010 and June 2011 the Food and Nutrition Department at Southern California’s Panorama City Medical Center dramatically improved its safety record.

The department divided into two teams and sponsored a friendly competition for a pair of movie tickets. This motivated — and liberated — the staff to approach their colleagues who might be performing a task unsafely and suggest an alternative approach.

In 2010 the number of after-visit summaries given to patients at Southern California’s Kaiser Permanente South Bay Medical Center had slipped, resulting in a high number of patient calls and reduced patient satisfaction. The staff set up a friendly competition to see who could have the best improvement in the rate of after-visit summaries printed.

Participants registered online; if they logged at least 150 minutes of walking through the end of June, they were entered in a weekly random drawing for prizes that included a solar cell phone charger, a gym bag, and a 4-in-1 tote bag.

Teri O’Neal, RN, was inspired to start walking by coworkers and joined the challenge to help keep her motivated on her journey to better health.

“When I first started, after half an hour I was so exhausted that I had to go home and straight to sleep. But I kept at it.”

Now, Teri has completed several triathlons, two marathons, and a Spartan race. “When I completed that first triathlon and I got my medal, I felt so proud. And it’s nice to be able to look back and see how far I’ve come.”

This year’s Spring into Summer challenge is team-based, with the teams in the top three places winning prizes.

The Kaiser experience, from Grand Coulee Dam to today, shows that healthy competition, whether among wartime shipyard workers or today’s health care employees, is truly a “win-win” situation.

[i] The Truth About Henry Kaiser,” three-part series by Lester Velie in Collier’s, July-August 1946

'To Care Is Human': A conversation about patient experience 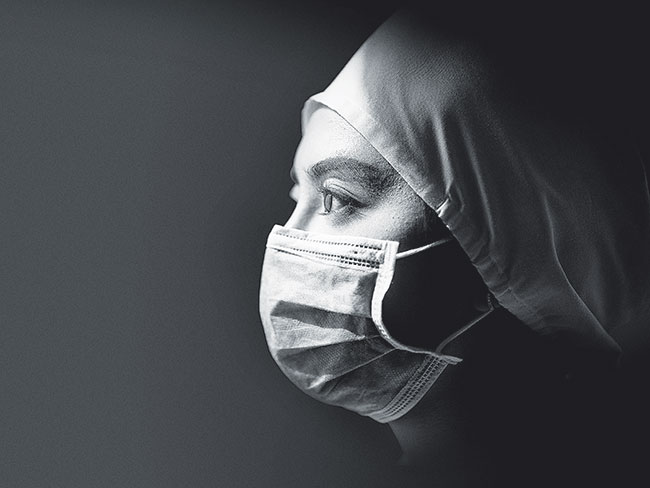 A message from Greg A. Adams to Kaiser Permanente’s nurses

In honor of our nurses — caregivers, scientists, and researchers serving …