The following vignette comes from the desk of Samuel Sapin, MD, who writes on physician freedom and the bonds of mutual trust and affection that he found in nearly a half-century of practice in Permanente medicine. 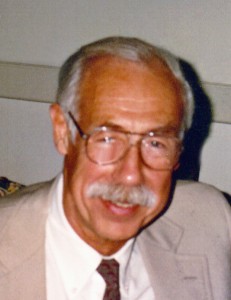 Recent reports indicate that doctors are retiring early.  Having wearied of administrative burdens and insurance company requirements, they are not experiencing the professional satisfaction they had hoped for when they chose to practice medicine.

On August 1, 1955, 54 years ago, I joined the Southern California Permanente Medical Group, leaving a potentially lucrative pediatric practice on Park Avenue in Manhattan mainly because I disliked the business aspect of practice and the inability of my uninsured patients to receive necessary care.  With Permanente, I first practiced general pediatrics in Los Angeles for four years, and then pediatric cardiology from 1959 until I retired in 2000.

Becoming a Permanente physician was one of the most important decisions of my life.  It gave me the opportunity to treat my patients in a manner consistent with my professional knowledge and training regardless of medical care costs, and the opportunity to build warm and trusting relationships that have endured these many years.  This was brought home to me this summer after I received phone calls from three former patients.

The first call was from an 18-year-old girl who had been my patient from birth and found to have a severe cardiac abnormality, a single ventricle.  With love from her devoted parents and family, and after early surgery and implantation of a pacemaker subsequently, she has been living the life of a healthy teenager.  She called this summer to tell me, proudly, that she had just been accepted into the freshman class at UCLA. I felt honored that she wanted to share her good news with me.

The second call was from a 45-year-old woman, also my patient from birth.  In her teens, although asymptomatic, my physical examination revealed evidence of an abnormal, prolapsed mitral valve.  She then left Los Angeles to attend college and changed her health insurance plan.  She subsequently had a career and a child of her own, and would occasionally call me as she got older to update me on her condition.  On this latest call, she was now becoming fatigued and her cardiologist advised surgical correction of her valve, now leaking. I supported his decision.  The valve was then repaired surgically and did not have to be to be replaced.  Her husband and family helped care for her child, and I was kept informed about her progress during and after surgery. All went well.

The third call was also from a former patient, Denise Dalto, now 57 years old.  She is a remarkable woman with a devoted husband, Bob Dalto, two loving elder parents, two children, and two grandchildren.  I first saw her when she was five years old (52 years ago) and made a diagnosis, confirmed by cardiac catheterizations, of coarctation (narrowing) of her aorta with associated abnormalities of her aortic valve and blood vessels going to her head and arms.  Surgery to correct the coarctation was performed at age 14, but repair of the blood vessels was deemed too difficult to repair safely in those years.  Since then she has led a very active life, including hiking, traveling and teaching.  For 34 years, she successfully taught school children in public schools from diverse racial and ethnic backgrounds, who had been unable to reach their academic potential and required teachers with special abilities.

Denise informed me on this call that recent imaging studies showed that one of the abnormal blood vessels in her neck was enlarging and in danger of rupture.  After much deliberation by 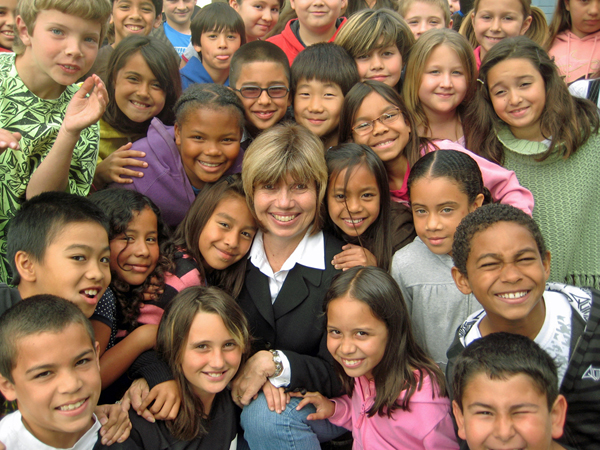 surgeons at the Kaiser Foundation Hospital in Los Angeles, surgery though somewhat risky, was advised.  It would involve four different surgical and radiological specialties, and three operations within one month, a daunting prospect for even a brave patient.  She phoned to ask my opinion about the proposed surgery.  After investigation, I reassured her about the skills of the physicians involved, and she underwent the three procedures.  All were carefully planned and all went well.  A remarkable recovery followed, with a return to her normal, very active lifestyle. Before her surgery, she retired from her teaching position.  One of her colleagues took the photo here of Denise, her pupils gathered around her to say good-bye and wish her well.

These phone calls within a space of weeks, from three former patients, made me realize more than ever, how fortunate I was to have joined the Permanente medical group.  The Kaiser Permanente physician, over a lifetime of practice, has a wonderful opportunity to develop these personal bonds, which in retirement, gives one a great sense of professional fulfillment and the feeling of a life well spent.

Ms. Dalto gave her consent for the release of her story.

New regional president brings 25 years of experience to the region.

Experienced innovator will lead the strategic alignment of Kaiser Permanente’s …